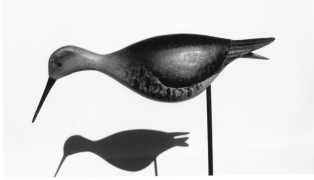 In 1802, the Town of Hingham authorized the construction of firehouses at Little Plain (Hingham Centre) and Broad Bridge (Hingham Square), although the responsibility to acquire the fire engines themselves rested with private citizens—the proprietors of Engine Companies No. 1 and 2.  The “hand tub” engines that they commissioned and paid for were large wooden tubs placed on carts for mobility and filled by hand from the nearest water source. Once the bucket was full, firemen pushed long wooden bars (“brakes”) up and down, setting in motion a piston in the tub that pumped the water out through a hose and nozzle.

Francis H. Lincoln wrote in the 1893 History of the Town of Hingham:

If one were to imagine a fire in those days he would see a company of perhaps fifteen men at work upon the brakes and attending to the hose and pipe, while a line of men and women stretched away to the nearest water, which they passed from hand to hand in buckets, emptying it into the tub, passing the empty buckets back by another line to be filled again.

This wooden tub is from the Little Plain Engine, No. 1, nicknamed the “Precedent” because it was the first of what would ultimately be four such engines to be completed.  It was manufactured by local craftsmen: Peter Sprague made the tub from cedar furnished by Thomas Fearing. The ironwork was by the local firm of Stephenson and Thomas.

In 1830, the Town’s first suction apparatus, the “Hingham,” was acquired and “hand tubs” or “bucket tubs” such as the Precedent became obsolete.

Much recent attention has been paid to Hingham’s 19th century industrial period, when our town dominated the national woodenware industry, and boxes, buckets, and wooden toys churned out of workshops and factories in South Hingham. Hingham’s former nickname “Bucket Town” is the title both of a recent book and a recent exhibition at Old Sturbridge Village.

This predominance waned in the later 1800s for a variety of reasons, but the steam-powered bucket factory that the Wilders had built on Cushing Pond in the 1840s came to a spectacular end when it burned down on Easter Day, 1902.